Are we in the same boat? 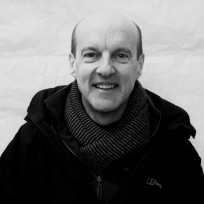 If you were here in church two weeks ago you will have heard Jonathan tell us the story of how he and his son, Ben, were blown about in their boat in the sea off Anglesey and how they were rescued by a passing superyacht!

Not only did he tell us the story he brought his boat and a life jacket to illustrate!

If you weren’t here you missed a treat.

When I read the reading for today my heart sank! I thought that it was unlikely that I would have a better illustration to give you than that!

So here we are back in the boat!

This story appears in each of what the scholars call the synoptic gospels. That is Matthew Mark and Luke who are telling their account of Jesus life in a mainly chronological way. Interestingly in each of these Gospels the next part of the story is the same too – Jesus heals a man possessed by evil spirits.

So these three Gospel writers all think that this is such a significant event that they are going to include it in their accounts of Jesus’ life.

That being the case perhaps we need to pay attention to the reasons why it is there and consider what there is for us to learn.

Are we In the Same Storm But Different Boats?

Well at least “We are all in the same boat”

Thinking about that phrase I came across a poem which appears to be written by someone called Damian Barr.

His poem is called “We are not in the same boat” and was written in the height of the pandemic last year.

Let me read a small part of it to you.

We are not in the same boat.

And that got me thinking.

In our reading the disciples were of course all physically in the same boat and in the same storm.

However in the last year many of us have felt that we were in the eye of the storm without necessarily having the same tools as our neighbours to cope.

Perhaps we felt that the navigating through the storm was a lot easier for some than others? Perhaps we thought that those who were on furlough had it good – a paid holiday for months. Then there are people who have done very well out of the pandemic whilst on the other hand we know that many people have struggled and are facing massive problems now just trying to obtain the basics of life.

The pandemic seems to have highlighted that maybe we are all in the same storm but not in the same boat?

Maybe we need to consider the boat we are in?

The Meaning of the Passage

I suspect you have probably heard this passage we had read to us this morning countless times before.

I was talking to our youngest son Josh about it and he was able to recite what is probably the most common way of looking at the passage.

The preacher usually will suggest that the storm is an image of the storms of life and that Jesus is with us whatever life may throw at us even when Jesus appears to be asleep in the boat we will be safe.

The writers tend to concentrate on the storm and Jesus – which is fair enough.

All well and good I hear you say but if we have heard that before then perhaps we have to consider if in 2021 there might be a different way of looking at this passage and perhaps applying the lessons of that storm on Galilee in a new way?

What if we are not all in the same boat? What is represented by the boat?

What is the Boat?

One of the things that the traditional interpretations of this passage don’t really consider is what is represented by the boat?

Now of course this is not a parable that Jesus told it would appear to be an actual event that happened and as the three Gospels all feature it then the view is that it probably happened.

Just to digress for one moment – there are often things in the Bible which are difficult to believe that they actually happened – this storm might be one of them. But then reading the news this week there was the account of Michael Packard, from Massachusetts, a lobster diver who was swallowed by a hump back whale off the coast of Cape Cod last week! Sound familiar?

However as we look at this with fresh eyes then perhaps our understanding of the passage begins to change if we consider that the boat is where God is.

It is only in the boat that the disciples encountered Jesus – He was present throughout the raging of the storm – even though He was asleep for some of it.

When Jonathan was telling his tale of the dramatic events of his adventure with Ben he told us that Cathy was on the beach and able to see what was happening.

After the sermon I asked Cathy what her perspective of the drama was. You can imagine that her account and experience of what was going on out at sea was very different – she was a spectator and powerless to influence events.

So perhaps first of all we have to realise that it is necessary to be in the boat – it is in the boat that we see what God is about, where we can be part of what God is doing and know God better.

Invitation to Get in the Boat

Then if we are in the boat we need to consider what others are doing.

It occurred to me that perhaps one way of thinking about this passage is that we should be encouraging others to get into the boat?

Now that may sound rather odd – why would you ask others to get into a boat which is being tossed and turned by the wind and the waves?

Well perhaps if the truth is that we are all in the same storm then we need to be offering the protection of the boat to those who are in a leaky canoe with one oar or who have no boat at all?

By opening up the invitation to others to come and get into the boat with us then we are offering them that experience of the presence of God in whatever they are facing.

There can be little doubt that following Jesus and sitting in the boat with Him can be a hard experience – but much better to be facing the storm knowing God with us than the alternative.

However as we think about sharing the boat, of inviting people in, it is all very well to invite people to know the presence of God but that is just the start - we need to do rather more than that.

I am reminded of those words from the letter of James

“If a brother or sister is naked and lacks daily food and one of you says to them ‘Go in peace; keep warm and eat your fill’ and yet you do not supply their bodily needs what is the good of that?" [1]

And to some extent that was what Damian Barr was talking about in his poem. Not everyone is able to navigate the storm – there are those for whom it is completely overwhelming.

As the people of God here in this place we are called to share the presence God with those who do not have that experience and then go on to share what we have with those who have nothing.

It seems to me that we have probably pushed the boat analogy far enough this morning.

I pray that we will think about how we invite others to come and join the voyage we are on.

I trust that we as a church will not put barriers in the way of those who would want to travel this journey.

I know that we will support in practical ways those who sit next to us in the boat and as we do so we will like those first disciples be “filled with awe” and know the God who even the wind and the sea obey.