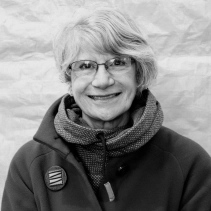 Prayer – “Lord we live in a fast paced, hard wired full tilt world, News is 24/7, we are never offline, God of our time give us the courage to switch off and learn together as we consider your word” AMEN

This week is refugee week the aim of which is to create a better understanding between different communities and to encourage successful integration, enabling refugees to live in safety and to continue making a valuable contribution. The theme of refugee week 2019 is an invitation to explore the lives of refugees and those who have welcomed them through the generations.

This morning I am going to consider the gospel reading, the story of the man understood by the people of the time as being ‘possessed of demons’. It is the story of a man cast out not welcomed in. This story is found in Mark, Luke and Matthew’s gospel. Mark is thought to be the initial text and the others are thought to have shared many of the same stories. John’s gospel is different as you may know.

This is a very familiar story, over the years I have heard and read a number of different slants on the story. I am tempted to share with you my favourite which is from my friend Padraig O’ Tauma from the Corrymeela community. Padraig is a great story-teller and in his telling he draws our attention through a series of questions. I am not going to repeat his telling but I will draw on his story. I did notice by the way that this gospel reading is part of the service this afternoon so those who plan to attend may hear a different slant from bishop Bev.

So, what do we know about this man? When Jesus comes across him he is excluded - isolated, he is not comfortable in his own skin, he is unclothed, he lives among the dead yet he is living, he had been bound and imprisoned but it seems he is not now so contained. That which afflicts the man recognises Jesus, not as a teacher, a rabbi, but as the Most-High God.

Jesus asks the man for his name and he answers with what afflicts him – my name is Legion… we never do learn his name. He is at a low place and can only answer with what afflicts him and…he asks…“What have you to do with me, Jesus, Son of the Most High God? I beg you, do not torment me” – this is a soul used to torment from within and without – from the demons within him and from the people he has lived among, and now here is Jesus and the man has had enough, what will happen now? He says - do not torment me.

I don’t think it is fully clear from this passage when the man is talking and when the demons within him take precedent. What is clear is that the man has survived – being rejected and outcast – we could ask – how did his behaviour get to a point where him to be cast out to live among the dead?

There are lots of questions to be asked not least about the man who owned the pigs.

The people looking after the pigs were probably fearing for their jobs as much as shocked by what had happened – we read that they ran to the local town and told what had happened – the people came to Jesus and when they arrived they found the man clothed and in his right mind. The drama was over, but we are told the people are afraid. Why were they afraid --- well, maybe they had time to consider their own behaviour - who cast the man out …and if he is now in his right mind is he going to come back, what will he do? How would they live with the man a visible sign of their failure, guilt and shame?

In this story all the groups of people. everyone asks Jesus for something – the demons beg and their request is granted. Don’t we all always?

The people ask Jesus to go away and he does

The man asks Jesus to take him with him – but Jesus says the man must stay with his friends and family… but who are they – the dead, the animals, the pigs? Jesus asking the man to live with courage, with those who had harmed him, remember he had been bound and shackled, under guard but he was a strong man and he broke out of the chains and shackles and the people had treated him without dignity – they had left him to be taken over by those things that afflicted him and had no thought for his well-being.

So the story is about being sought out by Jesus, being healed of those things that afflict us and that healing may have profound effects on ourselves but also on the environsment around us.

The story is about recognising failure and being brought face to face with the consequences of actions which may have seemed the right thing to do at the time …. Mark Field MP may learn a thing or two about that in the weeks ahead.

The story is about courage to live among and minister to those who have harmed us, isolated us, cast us out.

This week I went to two events. ‘Red Letter Christians’, with evangelists Tony Campolo and Shane Claiborne red letter Christians are those who have a commitment to live out the words and lifestyle of Jesus, in some biblical texts Jesus words were always printed in red. The Red Letter Christian (RLC) movement is important especially in the US as the word ‘evangelical’ has become synonymous with Trump and the far right. Tony told us that there are three evangelical churches in the US – white, Hispanic and black – the white evangelicals support Trump. Tony and Shane are touring the UK developing RLC as a movement for social justice.

I also went to a study evening this week for licenced lay ministers, where the main speaker was Rev. Steve McGarrity – Chris may know him as he is the vicar of Christ Church Southport. Steve spoke to us about developing an-every member ministry – the title of the talk was Developing Lay Ministry. He spoke about the changing structure of the Church as there is less clergy resource. His aim is to get to a place where clergy and laity ministry are complementary, not hierarchical. He was speaking as a cleric to licenced lay ministers/readers, but he was not speaking just about licenced ministry but all ministry. Every member, as I understand it this means children and adults from every community, culture and ethnicity and every socioeconomic group – everyone who has experience of, and a relationship with the living embodiment of God’s infinite love – the person of Jesus.

Steve iterated that the role of those who preach is to help an understanding of how the word of God impacts on us as individuals and communities.

He considered two questions – (more questions) How do people grow and change? And How do churches do discipleship? Maybe not the best English grammar but very key questions which I think our gospel reading today helps us to understand.

Steve quoted Gordon McDonald who said Jesus fingerprints are all over those who are developing as disciples. I am going to be considering what he said next for a little while as I did not disagree with him but he came slant – that is he came from a different vantage point to me.

The man in our story today wanted to go with Jesus but Jesus told him to stay among the people who had cast him out and set him apart. To stay and learn with them what the love of God means. I think that was really helpful as the man needed to be reconciled with his community and his family – following Jesus is not about running away. Following Jesus is challenging I would suggest that one of the reasons for this is that we have to face up to our demons. I know I do!

Our most recent example of this is the passion that Sam and Becky have shared with us in taking a lead in developing Eco church – this is becoming very visible and has been a way for us to get to know them better. If you haven’t had a conversation with them yet – maybe take time just to say hello and maybe share what you are doing or wanting to do about being more friendly to the earth -

Finally, he spoke about the creation of teams rather than lionising individuals and putting people on the spot – we do not lead alone we are community. On Tuesday’s we have a team who come together to make soup and bread and then serving others who come to meet and share lunch. The core team are Sue, Pam, Jane, John and myself, there are various passions exercised on Tuesdays – chopping veg, making bread, sharing stories with each other and learning together. Sometimes our team is bigger and Ian Simpson the diocesan heritage officer came and made soup just before he left to go to Birmingham. He posted on Social Media that he would miss his friends at Christ Church. June has started to join us too, other people join us for lunch and everyone is welcome.

We had a BBQ recently when a loose team of people organised food and a gardening and grounds clean up. Everyone worked to their strengths, no one was left out – we learned more about each other as we shared in a common task. We were visible to the local community and we were able to share Gods love as we shared stories and food.

As I said at the beginning this week is refugee week where we welcome people from across the world, often people who have been excluded, those who have had terrible treatment from those who should care for them. People who long to return to their communities and families but cannot. What is our response?

Some words from Isaiah the text for today that we did not read.

God has never given up on us. After Liverpool beat Barcelona in the UEFA world cup lots of people started wearing t-shirts which read ‘Never Give Up’ – that is a God saying – we should always have and share Hope. Hope that we are loved and cared for however we feed and whatever happens to us in life. Jesus is among us and within us wherever we go and those who share Jesus love carry the kingdom within and build it up as we share Gods love in our lives wherever we are. AMEN

Padraig O Tauma; In the Shelter: finding a home in the world Pub: Hodder