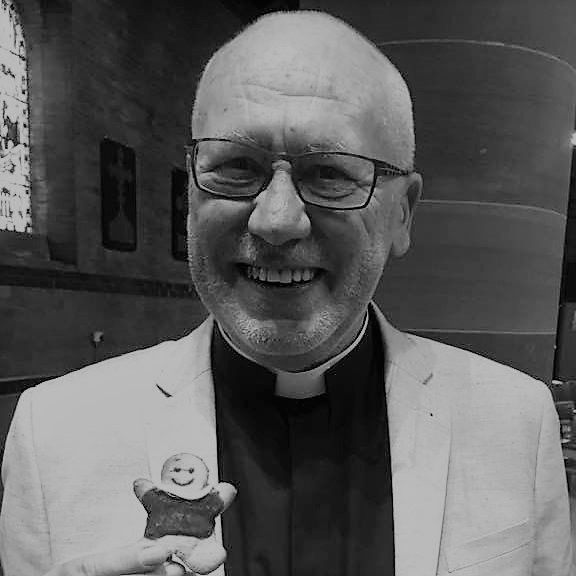 Pete put a picture in his weekly email of one of my favourite fictional characters: Eeyore the old grey donkey. There’s something about him which resonates with my Yorkshire genes; the tendency to carry a grey cloud around with you. P G Wodehouse said much the same thing “It is never difficult to distinguish between a Scotsman with a grievance and a ray of sunshine.” So with apologies to all Yorkshire and Scottish people for stereotyping, but that’s often what we think of as mournfulness.For some people of course that grey cloud is real and impenetrable.

Depression is a terrible and terrifying illness and not a subject for jokes. Nor is it something which can be cured by magic or even prayer… not instantly anyway. It’s no good telling someone suffering from depression ‘it’s not as bad as you think.’ But depression isn’t mourning.

Mourning is something we do when a person dies. In the Victorian era people used to wear black and use other tokens of mourning for strictly prescribed periods; usually quite a long time. It was formal protocol which was the same whether you didn’t care about the deceased or whether you were devastated by the loss of someone you deeply loved.And what happens when someone close to you dies is that your life is changed. Their life is ended, but yours is changed. No more will you see their smiling face; no more will you plan your life around their plans.

For many of the people Jesus was addressing their life would change in drastic and unwelcome ways. If a woman was left as a widow she would have no income, no status, no pension. Not only would she have lost her lover, her life partner; she would have lost her means of support.

In a similar way you can mourn for the loss of something real in life even if it isn’t an actual death. Take our theme song for today: ‘Hey Jude, don’t make it bad/ Take a sad song and make it better’

Paul McCartney first wrote that song for Julian Lennon, John’s son, who was about 5 or 6 and bewildered and upset by his parents’ marriage breakdown and the entry of Yoko Ono into his life. ‘Hey Jules’, it was originally. His mourning – not for the actual loss of his mother, who I suppose he kept in contact with – but for the loss of his happy family life, must have been like a bereavement to him.

In the same way, you can mourn for a job you have lost, friends who have moved away, health you used to have, and so on.

All of this is a form of mourning, while just feeling fed up isn’t.

Nobody is pretending that the loss isn’t real; nobody is saying (I hope) ‘get over it’. Mourning is grief and grief is real.

And yet Jesus says blessèd are they who mourn. Happy even. That word, in Greek makarios, is not just a pious expression like we sometimes say ‘God bless’ to someone who seems in need of comfort. Yes it means blessed by God, it is a word of comfort. But it’s not just about taking away the sadness, it’s actively giving joy and happiness.

We are all called to be saints and the saints in heaven are the blessèd ones, the makarioi. You can’t be any more happy than being in the presence of God. Happy not just in a ‘what a nice day today’ sense but in the profound sense of being loved and celebrated by God. Happy-because-God-loves-you is perhaps the best way of putting it.

These sayings of Jesus are called the Beatitudes which is a word derived from the Latin for the same thing. As the Church spread across the Roman empire its language changed from Jesus’s native Aramaic to Greek (used in the East) to Latin (used in the west). But all these people are described by Jesus as ‘happy-because-God-loves-you.’

We’re so used to hearing such language, and reading passages like the Beatitudes, that we tend to take it for granted. I suppose all those images many of us grew up with in Sunday School of a rather soppy Jesus saying nice things to people, along with a big dose of stiff-upper-lip English morality, stop us hearing what Jesus is saying.

Let’s just forget about Eeyore and Winnie the Pooh for a moment. Let’s forget about Monty Python and ‘always look on the bright side of life.’

For the real impact of the Gospel we need to think of Alice Through the Looking Glass. By his preaching, and above all through his death and resurrection, Jesus is pulling us through the looking glass to the topsy turvy world on the other side, where everything is turned upside down and the things that this world values are seen of no account. While the values and people who this world scorns are prized as the gifts of the Kingdom of Heaven.

When Jesus says ‘Blessèd/happy are those who mourn’ he’s not just saying, ‘cheer up, it’s not as bad as you think.’ He is saying, ‘bear with me. This world that seems so harsh and bleak and full of woe, is not the real one. The real one is where I will take you if you have faith in me.’ As according to St John he said, ‘Very truly, I tell you, you will weep and mourn, but the world will rejoice; you will have pain, but your pain will turn into joy.’

Those who followed Jesus were for the most part the poor and despised. Those whom the world regarded as rubbish, of no account. There are thousands, millions of people like that in our world today. People who are left to die as armies fight over territories. People who are not seen as deserving of medical treatment or of a roof over their head or even food to eat.

And these are the people above all who have plenty to mourn for. The loss of children or parents; the loss of a future as far as they can see, the death of hope. Yet they are the blessed, the happy ones.

These are the people who have come close to death. They know how to mourn. For many of us death is sanitised. Nobody talks about it and funeral services are often titled ‘A celebration of the life of..’ and people are discouraged from wearing black. People talk about a person as ‘passing away’ or just ‘passing’, not dying. All that is pretending that mourning is not necessary, indeed that it is a bad thing.

I’ve often joked that I would like the Monty Python song, ‘Always look on the bright side of life’ sung at my funeral. But that’s what it would be, a joke. Because there is a bright side, but it doesn’t come from ignoring the reality of death and suffering. It comes from allowing that death and suffering to transform us, as it did for Jesus as he died on the cross and rose again to a dimension of life we could never imagine.

Only by facing up to death and mourning will we be blessed, only then will we find true happiness.